This post gives a (hopefully!) simple introduction to lattices and hard problems based on lattices. Lattices are interesting to the field of cryptography as the below problems are difficult for a quantum computer to solve, as opposed to problems based on discrete logarithms or factoring such as Diffie-Hellman based problems or RSA.

In Part 2, we’ll look at one simple lattice-based key exchange, to understand how to use these underlying hard problems in cryptosystems.

Much of the material from this post is assembled from notes from a class by Douglas Stebila and Chris Peikert’s A Decade of Lattice Cryptography (Peikert 2015).

What is a Lattice?

A more formal way of expressing the definition of a lattice as a combination of integer scalar multiples of basis vectors can be defined as follows (as demonstrated by Peikert (Peikert 2015)):

Hard Problems based on Lattices

Intuitively, the Shortest Vector Problem reduces to the hardness an adversary will face when required to find a lattice point that is within a given bound, if all that the adversary knows is a set of basis vectors for the lattice. As any point in the lattice is a linear combination of basis vectors, the SVP problem is hard as no efficient algorithm exists to test all possible points. Furthermore, as a lattice can be generated by multiple bases (as described in Section [sect:what-are-lattice]), where some valid bases are "better" (i.e, more reduced) than others, this in turn further frustrates the search techniques for an adversary.

More formally, the Shortest Vector Problem is defined as follows:

Note that an inefficient algorithm does exist to solve the SVP problem, but runs in exponential time \(2^{O(n)}\). Therefore, as \(n\) increases, the difficulty for an adversary increases exponentially as the adversary tries to guess a lattice point \(v\) which is less than the given bound \(\gamma \lambda_i\). Why? As lattice vectors are linear combinations of basis vectors, an exhaustive-search approach (or something similar) is required to find the closest lattice points to the given bound.

The closest vector problem (CVP) is a derivation of the SVP problem. Intuitively, the CVP requires an adversary to find the closest lattice point \(v \in \mathcal{L}(B)\) to a given point \(w \in \mathbb{Q}^n\), where \(w\) is an arbitrary point not within the given lattice.

More formally, this can be written as follows:

While multiple points in the lattice could be solutions to the Closest Vector Problem, sometimes it is useful to bound a solution to a single lattice point. The Bounded Distance Decoding (BDD) problem is similar to the Closest Vector Problem, but requires that the distance between a point \(v\) in the lattice and an arbitrary point \(w\) be less than some bound \(\alpha \lambda_i\), where \(0 \leq \alpha \leq \frac{1}{\sqrt{2}}\).

More formally, LWE can be defined as follows:

Note that \(\chi_e\) is typically defined as a discrete Gaussian distribution of width \(\alpha q\), where \(\alpha\) is termed the "error rate".

This leads to the definition of two more computationally-hard problems based on lattices, Search-LWE and Decision-LWE.

Search-LWE is often represented in aggregate using matrix/vector form, where all \(m\) samples are included in the representation \(\langle A, \vec{s} \rangle + \vec{e}\).

More formally, we can state Search-LWE as the following:

It is important to understand that LWE reduces to the Bounded Distance Decoding (BDD) problem, and that BDD itself reduces to Shortest Vector Problem (SVP). This reduction is what ensures cryptosystems based on LWE are based on hard-to-solve lattice problems, which an adversary must overcome in order to break the cryptosystem.

While understanding the LWE-to-BDD reduction is a fairly involved proof, the reverse is also true- that BDD reduces to LWE. We’ll focus on this simpler reduction below, however, understanding the fact that LWE reduces to BDD is important, and why we call LWE a "lattice-based" problem. See Regev’s 2005 publication for this proof (Regev 2005).

Let’s go over a (high level!) explanation of why BDD reduces to LWE- this means that if we have a "black box" that solves BDD, then this box can also be used to solve LWE.

Decision-LWE (DLWE) challenges an adversary to distinguish the output from the LWE distribution \(A_{s, \chi_e}\) and the output from a sample drawn uniformly at random. This is interesting in and of itself- other cryptosystems have suffered in the past due to their distinguishable features, which a network adversary could use to block or censor encrypted content, even if the content could not be decrypted, in turn motivating obfuscation schemes such as Elligator (J. Bernstein et al. 2013). However, the "noisy inner product" generated from LWE produces the pair \((a_i, b_i)\) that should be indistinguishable from a sample drawn uniformly at random.

Formally, this can be defined as follows:

Decision-LWE Fix parameters as done in [Search-LWE]. The Decision-LWE problem is as follows: Sample \(s \stackrel{\$}{\gets}\chi_s\). Given \(m\) samples of \(a_i, b_i\) where every sample is either: 1. Drawn from the LWE distribution \(A_{s, \chi_e}\), or 2. Drawn uniformly at random from \({\mathbb{Z}_q}^n\) and outputting \(\mathbb{Z}_q\) The challenge to the adversary is to reliably distinguish (with probability greater than random guessing) which is the case.

One important point to observe in lattice cryptography is the tradeoff between security and correctness. The larger the error distribution used in LWE, the larger the range that errors can be randomly sampled from. A simple observation stems from the example when the error distribution is small, as the deviation in the "noisy inner product" from the secret (a point in the lattice) will consequently also be small. However, as error terms grow, the deviation from the secret lattice point will grow, therefore making the protocol more secure, as the range for errors to be randomly sampled from is larger.

However, increasing the size of the error distribution in turn impacts the correctness of the scheme. Imagining our lattice grid, we can see that as the range that errors are sampled from grows, the "noisy inner product" can drift further away from the correct secret lattice point, and towards other points in the lattice. This can be described as though there is a "ball" around each lattice point. This ball represents the range in which the point can be uniquely decoded from the "noisy inner product". However, as error terms grow, this risks drifting outside the ball in which the lattice can be uniquely decoded.

In Part 2, we’ll see a key-exchange protocol based on LWE where two parties compute "approximate" points, and then come to the exact agreement, which is a point in the lattice. This reduces to the hardness of LWE based on Definition [Search-LWE], as a network observer will need to find a specific point in the lattice, given some public value which has an error term. 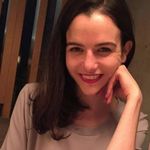